Amsterdam, -  To Dutch music lovers who believe they know what quality house is, you’re all invited to join Roger Sanchez’ Undr the Radr Night, April 21st in Warehouse Elementenstraat, Amsterdam. The American legend, one of the most pioneering and prolific house music DJ’s and producers of all-time, flies into Amsterdam to revive the warehouse raves of old, adding a touch of New York to Holland’s capital. With more than 30 years of dance music experience, Roger Sanchez is more than ready to stir things up and show the Dutchies how it’s done.

Launched in 2014, the Undr the Radr label isn’t only home to Sanchez’ very own productions and remixes, but also welcomes the sounds of new talents and renowned colleagues. In the past 3 years, the label’s club night has moved crowds all across the US, as well as shaking the foundations of clubs in Mexico, Oman, Italy, Costa Rica, Spain and many other hot destinations. Hosted by PT Events and taking place at one of the most exciting venues in Amsterdam, the Undr the Radr Night on April 21st will surely be one to remember.

Next to a flaming hot 4 hour set by the S-Man himself, Dutchman Lucien Foort and UK’s Kydus will be gracing the decks alongside the legend, mayhem guaranteed. This’ll be your one chance to be part of Roger’s exclusive and special show in The Netherlands – you’ll rarely see the man do an extended set in Europe. And you bet, he’ll be crate-digging like a madman to make sure you get served the real gems, rare finds and tomorrow’s must-hears.

For more info, check out www.rogersanchezpresents.com and start the pre-party! 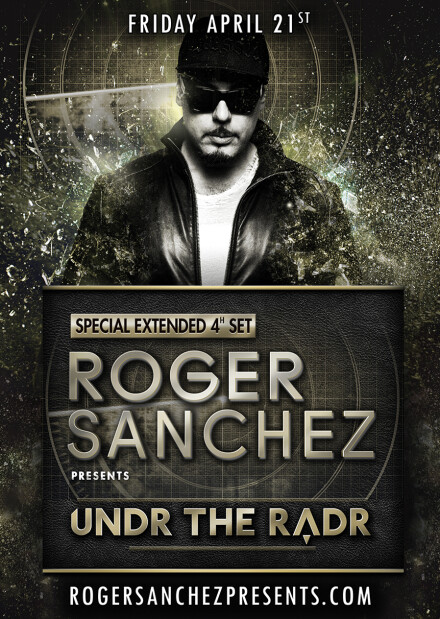 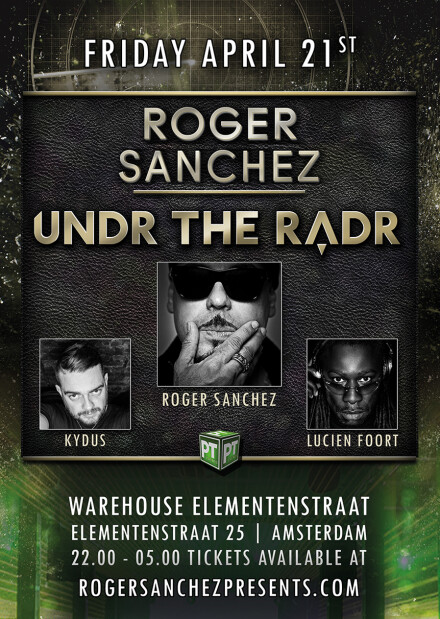